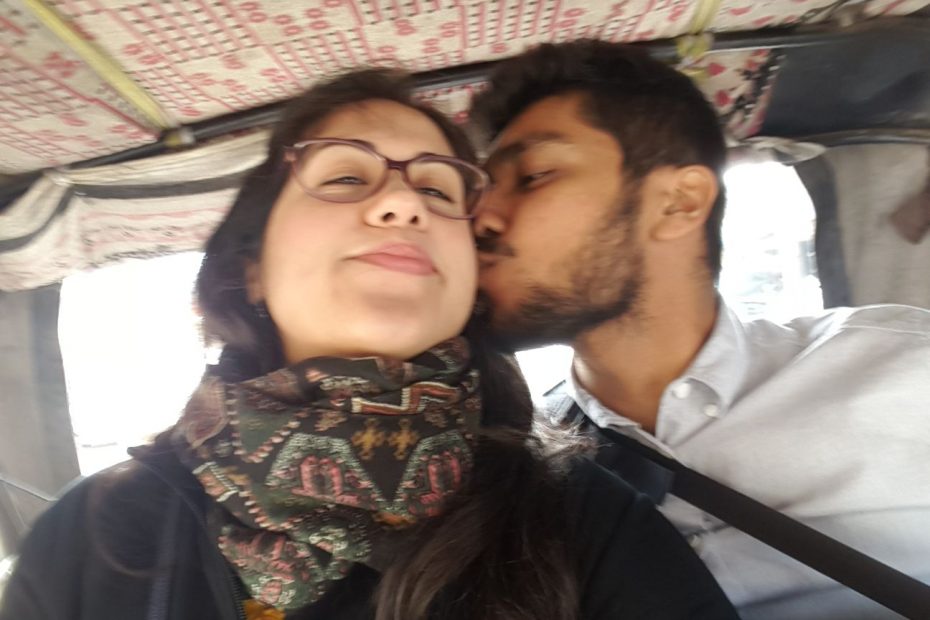 PDA (We Just Don’t Care) by John Legend is the title of one of my favorite songs. PDA (Public Display of Affection) is an English abbreviation to indicate affection in public, and it can include holding hands, hugging, kissing but also going further.

In the music video we see two couples kissing in the city of Rio De Janeiro in Brazil, following the notes of "We just don’t care", of what we do, where we kiss, etc, etc ...

The kisses, hugs, gestures of care and sexuality in general are cultural acts and as such they are not universally practiced in the same way. They are gestures "incorporated", that is, something that I have made mine, I express it with my body, but to tell the truth it is the product of the society to which I belong.

For a Intercultural Couple, multicultural, binational, or whatever you want to call us, this aspect must be absolutely taken into consideration, to avoid a set of misunderstandings and missed expectations.

As my loyal readers know, my partner is Indian and we were a couple in India, to be precise in Mumbai's Airport. And being a couple there is not exactly the same as being in Milan (Italy) or in Canada, where we live now.

For Valentine's week, the famous celebration of love, I decided to dare a little and touch on a topic that could be delicate but my horoscope this week told me to "talk about love in a deep, bold and creative way" , and I really wanted to listen to it.

In fact, this story will revolve around these three questions:

(Personal note: India is not one but many. What I publish on my blog are stories and not articles, because they are closely linked to my personal experience, and I hope they will be accepted as such: it is my story and that of Shreyank , our experience).

In the country of Kamasutra and of tantric sex, oh my dear India, what is really left of this philosophy of sexuality in modern Indian society? To tell the truth, very little!

In India, in fact, having a boy/girlfriend it is a novelty, a modern act and, I would say, revolutionary. Let's face it right away: some can't even imagine it. I have experienced a big city like Mumbai, and I cannot speak for what happens elsewhere, for example in rural India, but the people I met, belonged to very different social classes, and I think I found some common traits.

In India marriage is a must,, you have to get married sooner or later. And there are two ways that lead you to the big yes: arranged marriage and love marriage.

Now I don't want to go into more unpleasant situations, related to forcing and lack of human rights; when I talk about arranged marriage in this blog, it will be understood in its new freer and more democratic aspect, where the future spouse actually has a say in the matter.

However, this is not a story about marriage in India (I will certainly write about it in the future). This is a story about what, in theory, comes first the love marriage.

Ah yes, what was I saying before? Is having a boyfriend in India a revolutionary thing? I've already changed my mind! 🙂 In most cases, the partner will be kept hidden from the familyfor a long time, until they say "Shaadee", "marriage" and you find the courage to introduce him / her to your family. If she/he is of the same caste and religion, you can be almost calm, if one of the two does not match, you have to fight a little, and there you have to show the spirit we were talking about before, the revolutionary one.

(I can't believe I used all these words just for the introduction but welcome to India!)

A couple here lives mainly in the dark, secretly: from parents, from light, from responsibilities and traditions. If you are up to this, risking a heart attack for the pressure to bear, you can do things that we, born in this part of the world also know: walks, take a chai together, maybe you also meet some friends, cinema, etc., etc.

Come on, I don't have great experience in love but you know that there is more, so let's move on to the second question.

2. IS IT POSSIBLE TO KISS IN PUBLIC IN INDIA?

Yes and No. Maybe more no than yes.

Let's begin to look at it from the legal point of view. In Section 294 of the Indian Penal Code it mentions that there are sanctions for obscene acts, but without any explicit reference to the illegality of the kiss.

Here I quote it:

Whoever, to the annoyance of others;

(a) Does any obscene act in any public place, or

(b) Sings, recites or utters any obscene song, ballad or words, in or near any public place, Shall be punished with imprisonment of either description for a term which may extend to three months, or with fine, or with both.

The bitter truth is that many policemen and judges, use this article to punish kissing in public. And because of this fear, couples prefer not to do it, in short, avoid it, but it's not illegal.

In Mumbai, there is one of my favorite places in the world, Marine Drive, the seaside. Watching a sunset there is a unique experience because of the skyline and the romantic atmosphere but also because you find a snapshot of Indian society. There you can find everyone.

Not surprisingly, it is one of the couples' favourite places of the city: they are there, next to each other, and as the sun sets, the couple begins to come closer. Many go near to sea level to avoid being seen, it's risky, but they do it to kiss.

All this romantic atmosphere is then suddenly interrupted from the whistle of the policeman on duty, who as soon as it gets dark starts to move people away from the area, especially couples.

So in India, a kiss can still be considered "obscene act" for legal reasons, but also strictly moral ones. Holding hands, I must say, is not a big problem, but as we have learned so far, better to avoid.

If you ask a young Indian if he/she has ever seen his/her parents kissing, the answer may surprise you. I have no data in hand but at least 80% of the time they will answer no. In fact, the romantic love of kisses and caresses is not learned at home but on the internet, in the culture of Bollywood, the mediator and introducer of the concept of love marriage in India. In fact, Bollywood is a master ofassimilation of what is external and giving it back to India in the form of popular culture.

3. WHAT THEREFORE "INCORPORATES" AN INDIAN?

In India it is a very strong word. Physicality and nudity are private spheres, almost taboo words. And I'm sorry to complicate this already difficult and long story, but also the idea of private in India it is not easy to define.

India has more than 1 billion of the 7 billion inhabitants in the world and finding some space where to practice sexuality is a a privilege of which only those who can afford it (mostly economically) can make use of it.

India, for example, has some beautiful beaches but you will never see them full of indians in swimsuit enjoying a day at the beach. Someone yes. You definitely won't see many girls, maybe none, at least not in a swimsuit.

Why? It's not illegal, but it is a theory that lives on their skin or in the eyes of those who came before them.

In October 2018 Shreyank, my partner, spent a month in Italy, and we went together to Florence, for Marina Abramovic's exhibition, known for her very strong and bodily performances. To enter the exhibition, you had to go between two nude bodies, one female sex and the other male sex. At the time, I thought myself a great expert of India but to tell the truth I did not understand anything, and after some time I reproach myself a little for having put him in this situation, even if it was unexpected. Shreyank wanted to impress me and he did it without problems but still today he teases me about that experience.

If you are in a mixed couple, for example, or you know one, you will know that for most of them the expression "my partner doesn't kiss me in public" is the norm. Obviously it depends a lot on the context of origin (it is very common among those who have a partner of Arab origins for example), and of course, also on personal characteristics.

Out of their context then, abroad, it's not easy to be different, like the others: many of them just don't want different, others do, but they take time to do it. Or not.

All this story (well called "pippone" in Italian, which means a very boring mental speech) I had it in my head when Shreyank and I walked along lake Ontario, here in Toronto and no longer in Mumbai or in an exhibition in Florence. I tried to kiss him but he is walked away, shy, even here, again, miles away from our homes. I got angry, yes, I felt the same frustration I felt in Mumbai, not really. We now have a life together, a private one which can finally be such.

Poor Shreyank, this is what happens to date someone with a passion for the social sciences!

I could go on writing forever. I would like to deepen several aspects but I would say that as a beginning it can be good! Mine are personal stories and experiences, I do not express judgments but at most we make a few jokes about mine and his culture.

As always, thanks for your time, I wait for your comments!