To be a Child of an Immigrant 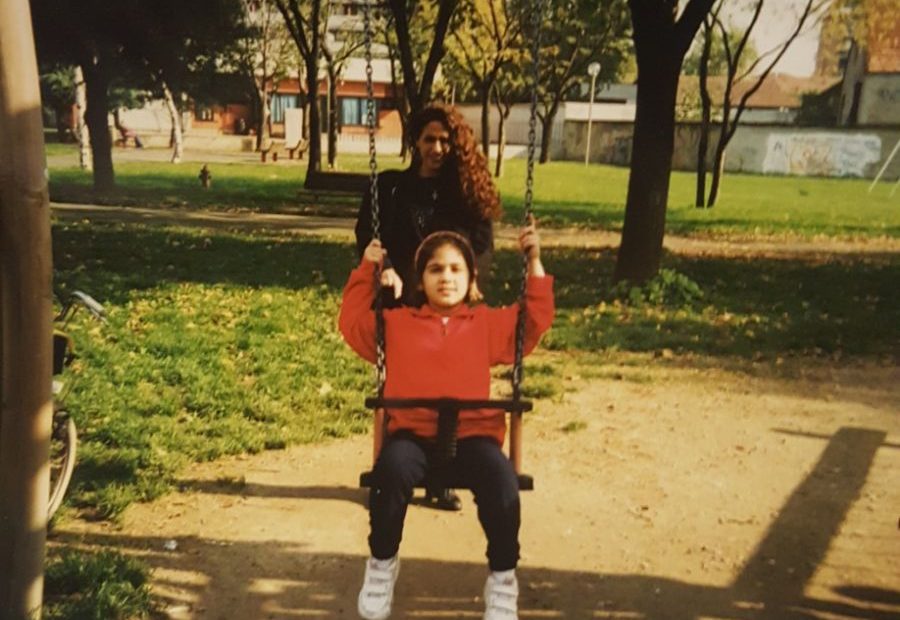 I'm a child of an immigrant. My mother arrived in Italy from Brazil more than 20 years ago, with me on one side and my sister on the other. Now that I'm emigrating, I think a lot about my mom's story. I try to empathize with her, and every time, I fail: I always see myself in that little girl with the blue and white striped dress, who thought everything was...a game. And instead it was the beginning of our new life.

YOU HAVE SEEN YOUR PARENTS BE VICTIM OF RACISM (AND SEXISM)

Seeing your parents in difficulty is never easy. From an early age, the children of immigrants are exposed to racism, experienced mostly by their parents. When we arrived in Italy, I was almost 5 years old, and with the beginning of elementary school I began to be exposed to racist and sexist comments about my mother. When I left school, I saw that she was on the sidelines: the group of mothers never involved her, fearful of her "dangerous" Latin beauty (let's remember that it was Italy, 20 years ago), and men have often looked at her as if she was an object to own. Understanding that your parents may be weak, victims, and the object of other people's judgments, is a responsibility that is not easy to bear as a child.

"Brazilian women are whores and steal our husbands"

"Go back to your country, Brazilian shit"

Also, mine was a "single" mom. Not having a male and father figure in our family has always allowed others to have their say about our all-female family.

WITH YOUR PARENTS YOU WILL FEEL A GENERATIONAL...AND CULTURAL GAP.

Very often, immigrant parents refer to the culture of the home country from the time they left. For example, my Brazilian mother educated us following the Brazilian culture from her generation. In fact, I don't see the Brazilian culture followed by my mother being reflected by my cousins in Brazil as my mother's exposure to Brazil stopped at her departure. In addition, many children of immigrants (second generation) begin their entire schooling in their parents' immigration country, living off that culture outside the home, and the culture of their parents inside the home. Over time, you will learn to be flexible but your parents will not always appreciate your identification with the culture and society where you are growing up.

“Yasmin! Remember that you are different from your friends! You are Brazilian!"

This was what I heard when, as a teenager, I asked my mother for things - that seemed to me to be completely normal requests for an Italian teenager. I think theirs is fear of being "betrayed".

YOU WILL MISS A SAFE (SOCIAL AND ECONOMICAL) SUPPORT NETWORK

In a country like Italy, strongly based on family, if you do not have a family support network (for social and economical support) you will certainly start disadvantaged. This is the reality of many immigrant families. The children of immigrants will then find themselves living in a system that will always make them start after the others. And they will often feel this fatigue.

For example, in the Brazilian culture I grew up with, children don't take money from parents and relatives. The concept of "pocket money" does not exist and by the age of 18, you are almost "forced" to work. This is what I did. And when, in my last year of High School, I started working in a pub, I remember friends saying indignantly:

"I don't understand how your parents can accept that".

I felt hurt, misunderstood. This was my reality. In Italy on the contrary, the family and relatives keep supporting children financially well into their adulthood ("paghetta" or "busta").

-> With this beautiful video, you can understand the concept of inequality.

For all the reasons described above, the children of immigrants feel the burden of "doing well": this can mean being good students and having a good job (if they go to university), or entering the job market very early and being immediately independent.

Many children of immigrants know what poverty is and know closely the economic difficulties of their parents. Many immigrant children know what it means to help parents pay their bills , to put the needs of the family before their own.

Economic pressure will not be the only one. Immigrant parents often project their dreams into their children, and knowing the injustices of at least two societies, they do not want their children to be victims of the same (as has often happened to them).

-> At this link, you can find a funny (and ironic) video on capitalism and children of immigrants.

Children of immigrant parents feel a strong sense of guilt for the life they want compared to the life imagined by their parents. This goes beyond the fear of disappointing parents' expectations, but includes the fear of completely erasing their entire life of sacrifice. Guilt will be felt particularly as you grow up, become adults, and develop your individuality. Often, my personal life aspirations have had to clash with the responsibilities I feel towards my family. Children of immigrants will spend their lives trying to "repay" their parents for their sacrifices.

As for the psychological support, many children of immigrants come from a background where psychological help is demonized and not understood. They will have a hard time getting close to concepts like mental health and care, because for their parents it is an unnecessary "luxury". Your parents will feel at fault, as if you are complaining about the life they have built for you.

I add one thing: I think that school educators, psychologists and social workers need to be trained more on issues such as systemic racism and social and economic inequality. And obviously on the dynamics of immigration and intercultural pedagogy. At least, 20 years ago that wasn't the case.

THE SENSE OF BELONGING AND IDENTITY CRISIS

"Where are you from?"

"What do you mean? Where do I live? Where am I from? No, because I'm Italian, but I was born in Brazil "

“Where are you from?” is the most difficult question for the children of immigrants. I never know what to answer. I'm Italian, my mom is Italian too, but she's also Brazilian, and I'm Brazilian too, but growing up in Italy, I lost a lot of who I was. The idea of integration in Italy of 20 years ago was completely non-existent and over the years, without even realizing it, we were forced to choose to be "as Italian" as possible. (Assimilation)

Personally, my italian "acculturation” leaves me today with important feelings of guilt.

Is there still room in my life for that little girl in the blue and white striped dress?

Let's say that the children of immigrants have an identity crisis every day. 🙂

THE CHILDREN OF IMMIGRANTS ARE NOT ALL THE SAME. SHARE YOUR STORY!

In this last point I contradict myself: I speak of a category called "children of immigrants" that exists and does not exist. I distrust categories because they flatten everything and I don't want to do it too, so I say: the children of immigrants are not all the same.

Only growing up, finally feeling adult, did I understand the need to tell my story, which has been kept quiet for too long. I advise those who have seen themselves in this story to start communicating, and to find their own community with which to talk and feel listened to. The more stories we have, the more empathy we create.

[Happy Birthday Mom, from this story it seems that immigrant parents are terrible people: they are not. They are parents, they are people, they are children, they are dreamers.]

This story is for my mother, I owe you everything.