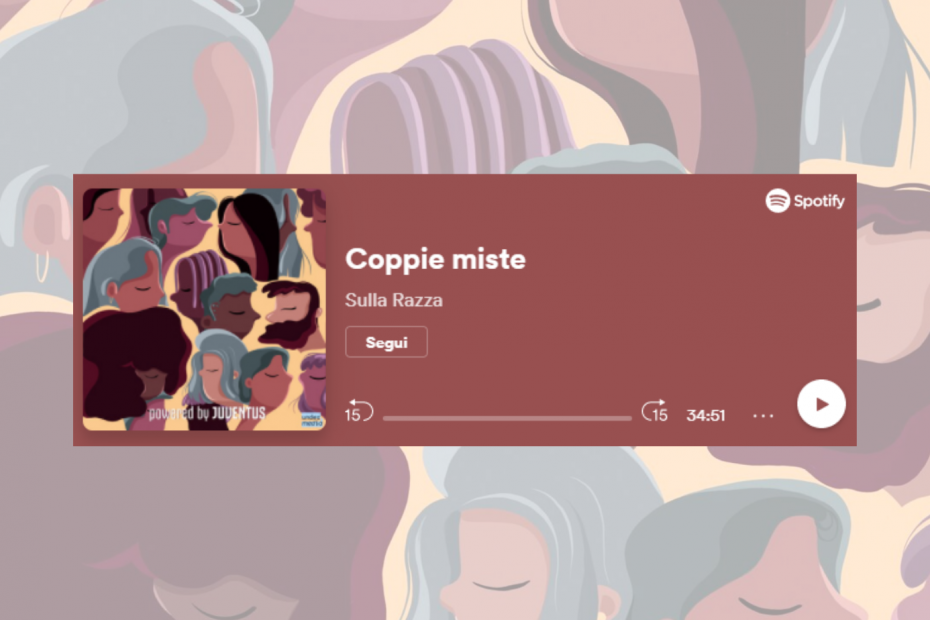 Yesterday I listened to the episode "Intercultural Couples" of the podcast "Sulla Razza", ("On Race"), of Nathasha Fernando, Nadeesha Uyangoda and Maria Catena Mancuso.

I loved it because it explored topics that Shreyank and I experienced, even with the opening of our blog. If you read our blog for the first time, I, an Italian with Brazilian family, and Shreyank, an Indian, are one Intercultural Couple. Now we live in Toronto, Canada, then who knows. Welcome!

The podcast starts with a first historical introduction linked to the prohibition of interracial marriages in the States and the situation in Italy, and then moves on to how the discussion on binational couples has really changed.

Personally, I think that the conversation on intercultural couples is certainly changing, but we need to make it more inclusive.

I'll explain this by taking up some of my favorite parts of the podcast, with references to our experience as an intercultural couple.

The Professor Lidia Manzo (University of Milan) says that:

I totally agree. She continues...

The relationship with the foreigner is not considered problematic when it is a source of improvement for the social status. A high social status of the partner cancels or at least balances the cultural difference, indeed it frees it from any negative or problematic connotation, and transforms it into a resource (...) in short, at the origin of prejudices and family opposition to an intercultural relationship there seems to be more a class issue rather than ethnic and cultural.

I agree with this too.

A woman then tells how she introduced her foreign partner "improving him”, trying to appease the feeling of dismay at the news of her engagement with“ a foreigner ”. Shreyank and I have done the same.

We both "adapted" the image of the other when we talked to our parents and friends.

I (as a Western) understand what the professor said; in fact I immediately tried to reassure my mother by talking about:

Sometimes, however, I find myself thinking: but what if he was a Muslim? What if he came from a poor family? What if we never had the plan to come to Canada? How would my friends and family really react? Certainly different. I know from experience.

Shreyank instead focused more on cultural aspects, showing how I can't represent a threat to their culture:

We both therefore adapted the other to the idea of ​​"accepted foreigner" in our country. Let's say I was convincing, and Shreyank wasn't, but that's another story.

The podcast continues with Rebecca Casati talking about the aesthetic appearance, and goes on to say that we must go beyond the definition of a mixed couple in the sense of "couple of genetic mix", even if it is the aspect that we always try to emphasize; instead, we need to focus on how in the intercultural couple, of mixed there is above all the "cultural background". And the genetic mix is just a result.

Nadeesha Uyangoda says that the conversation on intercultural couples is inseparable from an aesthetic consideration and from the risk of fetishization. She then elaborates on talking about the objectification of the body of black women in Western societies. Very interesting.

How nice. Do you have any other risk in mind?

Honestly, we too have fallen into this trap (on social networks it's easy) but I must say that it is not such a serious mistake, most of the contents are really nice and funny, also breaking many stereotypes but reinforcing others.

And I, as a brazilian woman raised in Italy, and with an Indian partner, I felt it. The conversation on Intercultural couples still revolves around the idea that there must be a "white person" involved in the couple.

From an aesthetic point of view, Shreyank and I "are not different" and it seems that this cancels our cultural differences.

As convenient as this may be, it's sad to know that the idea of ​​cultural difference is still strongly linked to that of "race and colorism“.

-> Diversify the narrative on intercultural couples (do not bring for example only wealthy couples, do not limit the discussion only to couples where there is a "white/western" person involved and include LGBTQ + couples.

-> Go beyond the stereotype of nationality: let's share experiences, cultural background, difficulties faced in order to empathize with other couples in the same situation, be honest;

-> Don't compare intercultural couples of the same nationalities. Binational couples are couples, they are two people, and they are not the cultural ambassadors of their country.

In short, being in an intercultural couple is already a great challenge, and I never imagined that talking about it could be even more so. I recognize that it is tiring to always have to explain yourself but only through the deconstruction of stereotyped communication systems, we open the way to new narratives: diversified, intercultural, intersocial and interpersonal.

[ Thanks to the Team at Sulla Razza for creating quality content on this topic. Well done! ]